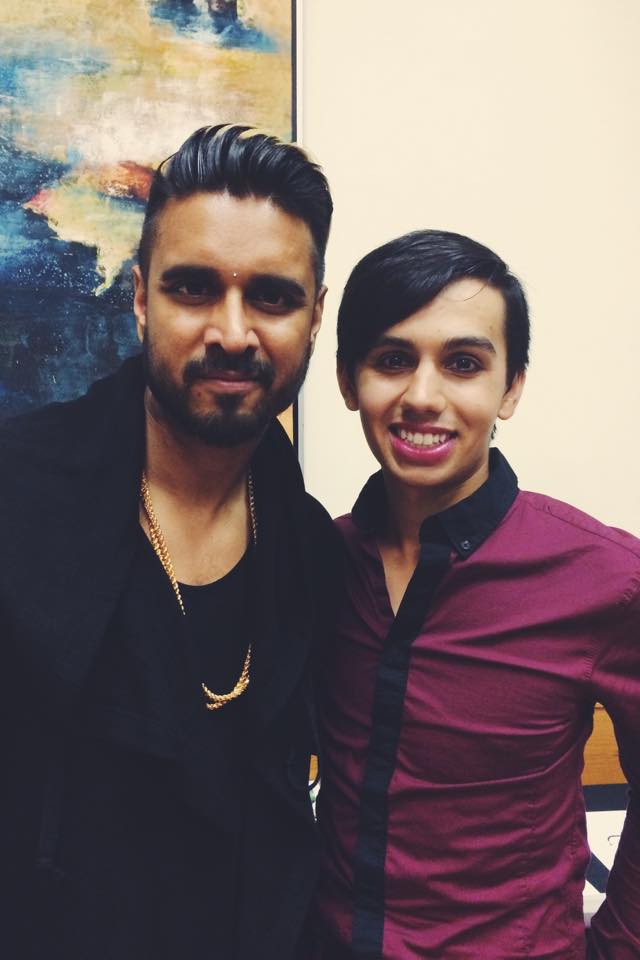 On a bleak and soaking wet day in December, I started to shave off my body hair.

I was nineteen, back at home from university over winter break. I had waited until my parents and sister were busy, then locked myself in the bathroom to take a long shower with a disposable razor.

As I got used to the heat, I imagined my ideal man: skin clean and clear across his body, hairless except for a small, well-groomed patch of pubic hair around his groin, trimmed too short to curl. I focused on this imaginary man’s legs, and then began shaving. The tops of my feet were like fur, each toe obscured by black tufts. More hair scraggled along the ridges from my big toes to my ankles, then flared up my legs in thicker and longer growths. I had to wash out the razor after each swipe, and even then a few hairs clogged the blades. I continued up my legs, switching back and forth to keep the shave uniform. I slowed as I reach my hips, then stopped altogether.

In high school I was often mistaken for a First Nations guy. I could see the resemblance—the dark skin, the brown-black hair. People would ask, “What are you, then?” or ask my ethnicity outright, seemingly unwilling to make assumptions. I would tell them my mother is Caucasian and my father is East Indian. Then they would assume that either I or my father was born in India. They would ask if I spoke any Punjabi, any Hindi. If I was Sikh or Hindu. I would answer no. No, neither, none.

I know these questions weren’t intended to belittle me, but year after year of being asked what I was—of being referred to as a racial outsider—took their toll. I started using more sunscreen in the summer so I wouldn’t tan. I became more and more grateful that with pale skin, I could pass myself off as just another white boy.

My legs seemed bare and smooth. I compared them to my ideal man’s. His legs are clear and lithe, slender calves strung taut and smooth feet sloping out at a right angle. His skin is lightly tanned, a shade of beige that leans more toward Caucasian than Indian.

With effort, I tore my mind away from this man and looked back down at my body. There was more hair on my arms and chest, but it was lighter, sparser, and in a place that was harder to hide. I wanted to avoid awkward questions with my family, and they wouldn’t notice my bare legs if I wore pants. The coarse, thick hair that I removed from my legs remained in other places: my groin, my armpits. I wasn’t ready to let a blade get near those just yet. Already my legs were trickling red from a couple of nicked spots. I ran my hands up and down the flesh, noting sprouts of hair I had missed around my knees. Sighing, I returned to the shower and began again.

When I woke up the next day, something felt wrong. My legs prickled against the sheets, but it took me a few moments to wade through the morning murk and realize what I was feeling. I crawled out of bed and turned on the light. The hair had returned, dark stubble retaking my legs like thistles conquering a hillside. Partly out of laziness, partly out of disappointment, and partly out of annoyance of the prickly sensation of regrowing hair, I didn’t try shaving my legs again.

In high school I was obsessed with other guys’ hair—specifically that of guys who I had crushes on. My first feelings for another guy arose in middle school, but it wasn’t until grade ten that I started to call myself gay. All the men I crushed on by this point were in grade twelve: the hot jocks and the cute, popular seniors.

Though I didn’t notice at the time, they all were white. When the guys started wearing shorts in the spring, I would catch glimpses of their legs in passing. They didn’t shave them, but they didn’t need to—their body hair was naturally thin and short, its light colours blending in with their skin tone.

Part of me also wishes that I could introduce him to Vivek Shraya, a 33-year-old writer and filmmaker from Toronto.

In 2010, Vivek made Seeking Single White Male, a short film exploring his identity as a queer person of colour. The film shows photographs of a younger him with dyed-blonde hair and blue contact lenses. The pictures are overlaid with statements he heard in gay bars when he first came out:

“You are so exotic.”
“You are too attractive to be brown.”
“You must be mixed.”

You must be mixed. That line still gives me pause.

Later in the film, Vivek grows his hair back to its natural brown and removes the lenses. The words turn dark and vicious. The question “Is that what you really look like?” is followed by the statement “You looked better before.”

In high school, people would ask me if I identified more with my mother’s ethnicity or my father’s. I would tell them that I identified with neither: I am Canadian. My father’s mother grew up in the Okanagan and my father’s father was born in India, but immigrated here when he was three. My mother’s ancestry is a blend of English and Welsh bloods.

But that answer left other things unsaid. I didn’t care at the time that it was an unsatisfying answer. If people wanted to be my friend, they could do more than just question the colour of my skin. I was Canadian. I didn’t watch hockey or play lacrosse, and I didn’t say “eh” at the end of every sentence, but I was Canadian, and more than that, I was half-white and upper-middle class, centred in mainstream Western culture. This was the label I clung to, ignoring all others.

In high school, I also came to resent my father. He was the reason why I had a moustache at fourteen, why I still had a forest of dark brown body hair that spread unchecked across my flesh, why my skin remained dark despite all my attempts to lighten it and prevent it from tanning. I began to attack my ancestry. I asked myself questions like, “What if I had a white father to go with my white mother?” While showering, my eyes would pick out the thick line of hair that ran down my legs and across the innermost bones of my feet. The rest of my feet were completely bare, and I assumed that this patchiness was due to my mixed-race blood. I blamed my parents, and my father particularly, for my skin colour as well. I thought that the reason my hair colour clashed with my skin tone was a mistake—that my parents’ races were never meant to interbreed, that my body was a genetic glitch.

When I was twelve, still in middle school and unaware of my sexuality, I travelled to India with my father and grandfather. For a couple of weeks we stayed with my grandfather’s cousins in Thanodi, a small village of fewer than a thousand people deep in the vast, flat plains of the Punjab. I was a foreigner there, and yet I was not. My father warned me that if I got lost it would be more difficult to get help from the police as I wasn’t obviously from Canada. One month under the South Asian sun had shaded my skin to sienna. In a crowd of other Punjabi boys I would have been indistinguishable. Still, I saw myself as a tourist, as someone who didn’t belong to this culture.

Once, during an overnight trip to the state capital of Chandigarh, I got separated from my father on a train platform. The platform was small, only ten or so metres across, but it was packed end to end with men and boys who looked exactly like me. My father had gone back through the crowd to help a man whose suitcase had split open on the other side of the platform. He couldn’t have been gone more than a minute, but in that time my mind raced through all the possible worst-case scenarios and reached the conclusion that I was hopelessly, irrevocably lost. When he found me again, I burst into tears and punched him in the arm.

In the same year that he made Seeking Single White Male, Vivek published God Loves Hair, a book of short stories about an Indian boy growing up queer in Canada. In one story the boy speaks about growing hair all over his body, about learning to shave his moustache for the first time, despite the discouragement of his parents. In another story he says, “I learn a lot about how to be a boy from my brother…I listen intently as he tells me how the boys discuss…shaving their pubic hair and other regions of their body. Girls don’t like hairy.” It’s clear that the main character has taken this message to heart, though he has replaced girls with boys. I see much of myself in that main character, and again, I wish that my younger self had had books like this and role models like Vivek.

I finally met Vivek for the first time, in the spring of 2013, when he came to my university to give a talk on his new film, What I LOVE about being QUEER. One of my classes overlapped with the seminar and so I missed all but the last ten minutes of it. I walked in on a crowd of friends and strangers watching the film, a series of thirty-four interviews with a widely varied group of queer folks. In each interview, Vivek asks them one question: “What do you love about being queer?” While the film played, Vivek stood off to one side and watched it with the crowd. I stared at his face, and then at all of him. He now wore his hair long and dark, flipped to one side like the crest of a wave. His face was tanned and hairy, but well-groomed, with a goatee framing his mouth. He was wearing jean shorts and a short-sleeve shirt, and I could see that his arms and legs were likewise tanned and covered in hair. He was anything but a twink. And for me, it was crush at first sight.

After the film ended, a friend encouraged me to talk to him. I waited in line, said hello and shook his hand. He smiled and thanked me for coming. He did not ask me what I am or where my parents were born. I wish I could remember what we talked about, but the moment I looked into his eyes, my mind went blank. Looking back, that scene feels like it was plucked out of a romantic comedy. I didn’t have any expectations about Vivek, however, and I knew that my crush was transient.

I wish more than anything that my high-school self could have known Vivek. I wonder how it would have felt to fall for an Indian guy, to realize then that non-white men could be attractive. If I had known Vivek then, I wonder if the idea of shaving my legs would have ever even crossed my mind.

A version of this essay appeared in the Spring 2014 issue of Plenitude Magazine.